Home » Another Serving of Culture Jam » You are reading »

Richard Burton and Elizabeth Taylor were the Brangelina of their day. The only difference was that they rode on an ocean of alcohol and pills. BBC Four’s drama Burton and Taylor takes this explosive cocktail, shakes and stirs it, and then pours it onto your tv screen with an olive and a pink cocktail umbrella.

Our story focuses on the 1983 production of Private Lives by Noel Coward which was the final time the pair appeared on stage together. Of course they have already been married and divorce twice by this stage, what could possible go wrong?

Luckily one thing that doesn’t go wrong is the drama turning into one big game of bio-pic bingo. Unlike hundreds of bio-pics before it Burton and Taylor feels fresh and un-clichéd. A large part of this is down to the wonderful script from William Ivory filled with wonderful quote-able lines and more subtext that an English literature PhD thesis on subtext. If it wasn’t true, I wouldn’t have believe that they had chosen to perform Private Lives considering the characters they play are basically them.

Of course none of the power of the script would have made it to the screen if the two leads, Dominic West and Helena Bonham Carter, hadn’t brought their A game to the screen. West in particular is wonderful grumpy as Burton displaying all the frustration that would build up inside someone who had to live with Taylor.

On Carter‘s part, she beautifully captures all the damage and vulnerability inside the screen icon who was only months away from checking into rehab. Certainly it is great to see her escape the black gothic-ness of the other Burton in her life to give one of the performances of her career. Sadly, she never seems to capture whatever it was that made Taylor dominate the screen during her career.

The saddest thing about the whole drama, which takes us back to the subtext from earlier, is that as it shows the final drama of Taylor and Burton‘s lives, we are watching the final BBC Four produced drama. Thanks to budget cuts we will not be seeing another Burton and Taylor for a while. When the quality is this good, it makes the decision look even more stupid. Before it disappears off iPlayer please go and watch the final triumphant bow of the BBC Four Drama department but hey what do I know. I’m only a critic, as Richard Burton says

What did you think of Burton and Taylor? Let me know in the comments below 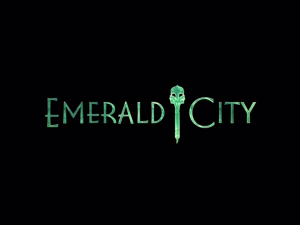