When I published my story Progress I said it was very timely due to the real life story that inspired the story. That means there will be a lot of politics in this post and hopefully not too much ranting! However, we’ll start with the prompt that came from Flash! Fiction itself.

In the later half of 2015 Flash! Friday used novels as the inspiration of their competition. On the 2nd of October they actually used the famous ‘Scottish’ play Macbeth by William Shakespeare. From that story of ambition I took the plot elements of conflict and an overly ambitious wife – one of the most famous things about the play. Below the break you’ll find all the politics I promised at the start of this post.

In 2006 American business man – and American Presidential candidate – Donald Trump purchased the Menie Estate in Aberdeenshire to build a golf course. However, many of the locals were not happy with Trump’s plan and blocked his attempts to buy their homes. Rather than try to find a solution, Trump went on the attack calling people like local farmer Michael Forbes “a pig” and his home as “a slum.” Both quotes taken from the Big Issue article “What Happens When You Stand Up to Donald Trump?” by Anthony Baxter who made an excellent documentary on the subject called You’ve Been Trumped. I would recommend you go and watch it if you haven’t.I should add at this point that I don’t think any of Donald Trump‘s wives played any part in what happened on the Menie Estate, nor do any of the locals who suffered attacks from Trump have magically powers. Those elements of the story came about from blending Macbeth with the real life situation. Anyone thing I hope is just a work of fiction is Trump winning the highest position in his land!

Do you think I achieved my aim blending fact with fiction? Let me know in the comments below

The ideas behind @The_Red_Fleece‘s tale Progress (Tweet this article) 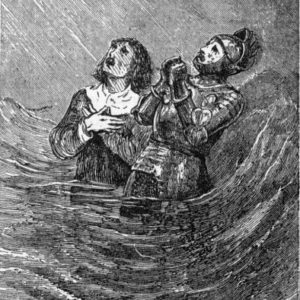 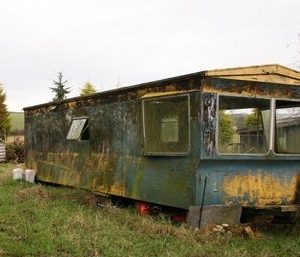