In the build up to Captain America: The Winter Soldier, the cast and crew talked about how it was a 1970s style conspiracy thriller disguised as a superhero movie. For example President of Marvel Studios Kevin Feige in a preview article for SFX Magazine said

The film achieves this, especially with the casting of Robert Redford as Alexander Pierce the star of many 70s conspiracy movies. For me the issue is that the film never escapes the clichés of the comic book movie.

BELOW THE BREAK THERE WILL BE SPOILERS FOR CAPTAIN AMERICA: THE WINTER SOLDIER AND THE DARK KNIGHT

Half way through Captain America: The Winter Soldier it is revealed that the Hydra scientist from the first movie Dr Arnim Zola is still alive…well kind of. He has uploaded his consciousness into a computer and is using it to run S.H.I.E.L.D. and slowly take over the world. My problem is the last part of the previous sentence. The world of Captain America, and the wider Marvel Cinematic Universe, is still too black and white for me.

Since Bryan Singer‘s X-men movie in 2000 our cinemas have been full of comic book movies. However, very few have gone beyond their clichés with the best example being Christopher Nolan‘s Dark Knight Trilogy. In The Dark Knight the usual city destroying one on one battle between hero and villain is replaced with a Mexican stand-off between Batman, Two Face and Commissioner Gordon all decided by a flip of coin. The surprising thing is that Batman loses meaning that the Joker, who created the situation, wins – busting the cliché that the hero always wins.

Jumping back to 2014, Captain America: The Winter Soldier doesn’t challenge or break these clichés. The good guys are good and the bad guys are bad. This is a real shame as up to this point the Marvel Cinematic Universe has been built in enough shades of grey to allow the makers of Captain America: The Winter Soldier to break a few clichés by removing Hydra from the film’s plot and have the baddies to be members of S.H.I.E.L.D. who think that Project Insight (a series of weapon satellites that could target anyone on the planet) is the best way to protect people rather than take over the planet. It is not like Project Insight would not have been useful during the Battle of New York (the in universe name for the events that took place in The Avengers) or Thor: The Dark World. A change like this would make the film deeper and ask its audience genuine questions rather than just presenting two hours of explosions.

Do you agree with me? Would Captain America: The Winter Soldier been improved with the removal of Hydra? Let me know below! 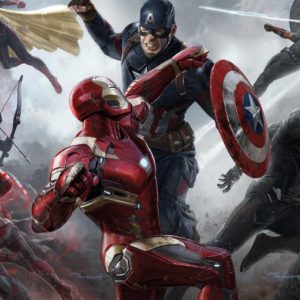 Eye on the Avengers 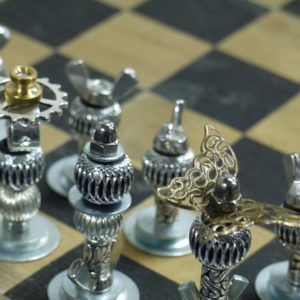