Last month I talked used the Doctor Who episode The Ghost Machine to discuss how small writing changes could have made the story much more interesting. Today I want to do a similar thing with the neo-noir movie Terminal starring Margo Robbie. Before we get into the meat of the discussion below the break, I’d recommend you check out the trailer to get a sense of the film.

SPOILER WARNING FOR THE FILM TERMINAL

As you’ll have seen from the trailer above, Terminal is a visually beautiful film full of mystery and good performances. All fives of the main cast give good performances with Margo Robbie shining as a deranged femme fatale, which shows she is the ideal Harley Quinn in need of a good movie. All of this is true for 80% of the movie. The problems arise when the filmmakers provide answers to their mysteries.

Like most movies of this genre Terminal has a hidden villain, but the twist is obvious thanks to obvious because of casting. Terminal is Mike Myers first live action cinematic performance in almost ten years since he replaced Terminal co-star Sean Pegg in Inglourious Basterds. For most of the film Myers plays an odd, bumbling side character who keeps stumbling into the films two main story lines who is revealed to be Mr Franklyn, a crime boss everyone is working for. This may have worked if the filmmakers hadn’t cast someone so well known as Myers. A lesser-known actor would have gone unnoticed by the audience and so make the twist more satisfying. For example, using Matthew Lewis – most famous for playing Neville Longbottom in the Harry Potter films – who has a small part in Terminal. Folk may recognise his face but they won’t expect him to play such a major character in the films narrative. Including Myers on the film’s poster and in its’ credits doesn’t help matters.

The other, and arguably bigger, problem is the film wants to explain everything, especially the motivation of Margo Robbie‘s character Annie. In the final part of the film we find out Annie wants revenge on Mr Franklyn cos he killed their mum. This is on top of finding out she wants revenge on Simon Pegg‘s character because he abused her as a child. I think the film would have been better if it hadn’t tried to explain why Annie was crazy. These characters are often so much more powerful and interesting when they are enigmas. Cliched back stories add nothing.

What did you think of Terminal? Do you agree the filmmakers explain too much? Let me know in the comments below 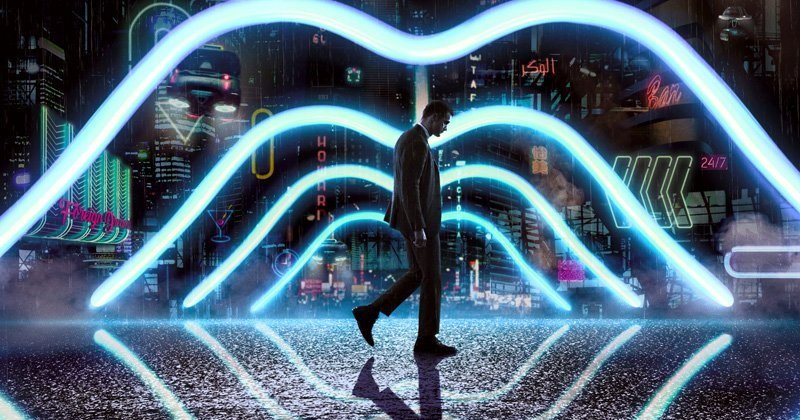