For the first time in a while I entered Cracked Flash Fiction weekly contest with my story The Big Bad Wolf. Like every week the opening line prompt was the line:

This is incredibly disturbing to me.

As you’ll notice below the break I did change the prompt a little bit but Cracked Flash Fiction were quite happy with the change. You can find out more about that and other information about the story in my Author’s Notes post coming later this week.

“That is incredibly disturbing.” Jacob covered the crime scene photo with the folder they had come in. The images of half eaten pig meat mixed with sticks wouldn’t leave his mind. He could almost smell the blood. “I told you rookie. You have to be tough to handle the pigs’ case.” Thompson was unmoved by the pictures. Jacob couldn’t tell if it was strength or experience. He hoped the latter didn’t take long to get. “Do we have any leads?” Thompson took a mouthful of tea. “We are fairly sure it is The Big Bad Wolf but all the evidence is circumstantial at the best. He’s been sighted around Mrs Hood’s cottage so she’s our lead.” “Red Riding Hood?” Jacob had gone to school with her. “Her Gran.” Thompson finished her tea. “Let’s go.” The sun was setting behind the pine trees that surround Mrs Hood’s cottage as Thompson and Jacob arrived. The scent powerful enough to force the pictures from Jacob’s mind. Thompson knocked on the cottage door, far softer than her muscles suggested she could. “Coming, coming.” The voice frail, cracking up on the second word. The door opened to reveal an old lady balancing on two sticks. “Oh, officers everything ok?” “Yes Mrs Hood.” Thompson continued to show her softer side. “We have some questions about Big Bad Wolf.” Jacob noticed Mrs Hood’s left arm started to shake. “Is everything ok Mrs Hood?” “Yes dear, just old and tired. Can this wait till tomorrow dears?” “Certainly Mrs Hood.” Thompson ushered Jacob away. “Good night Mrs Hood.” The police car drove away as the sun finally set bring darkness to the trees. Inside her cottage, Mrs Hood threw back her head and howled at the full moon.

What did you think of The Big Bad Wolf?

The Big Bad Wolf, another @CrackedFlashFC tale by @The_Red_Fleece #FlashFiction (Tweet this tale) 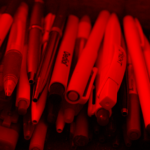 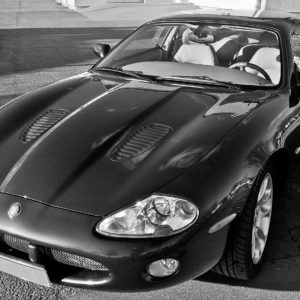